Christ, where do I even start. 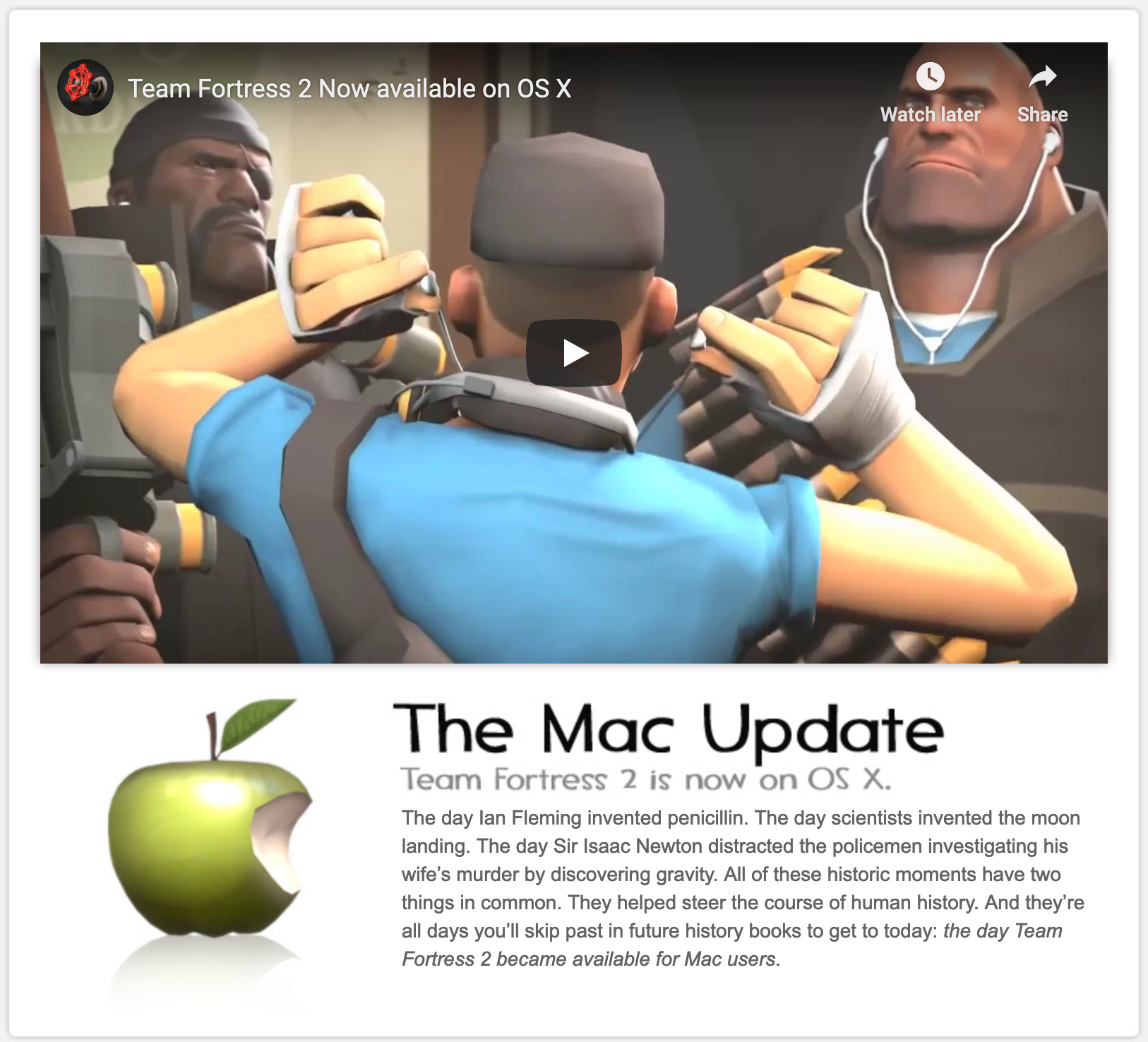 You're seeing big guys with big weapons, intel and nuclear material going to the moon, spies whose spies can't point out north-south on a map, engineers and sentry guns blowing up into scrap carcass, and good soldiers getting vaporized from outer space.  Everyone is wearing a different hat.

What a jewel of a game.  It felt like I played Team Fortress 2 forever, it was all I could think about; but in hindsight, I recognize about 10 of the 50+ content updates, between 2009 and 2013.  The updates were always surprising and fun, with seemingly endless community and official maps, in-game hats and cosmetics, and other puzzles and challenges.

Each update was like a new product release, a spectacle of awesome design, Source-engine cinematography, comics, and stories meant to shed light on the characters and unusual news in the TF2 universe. 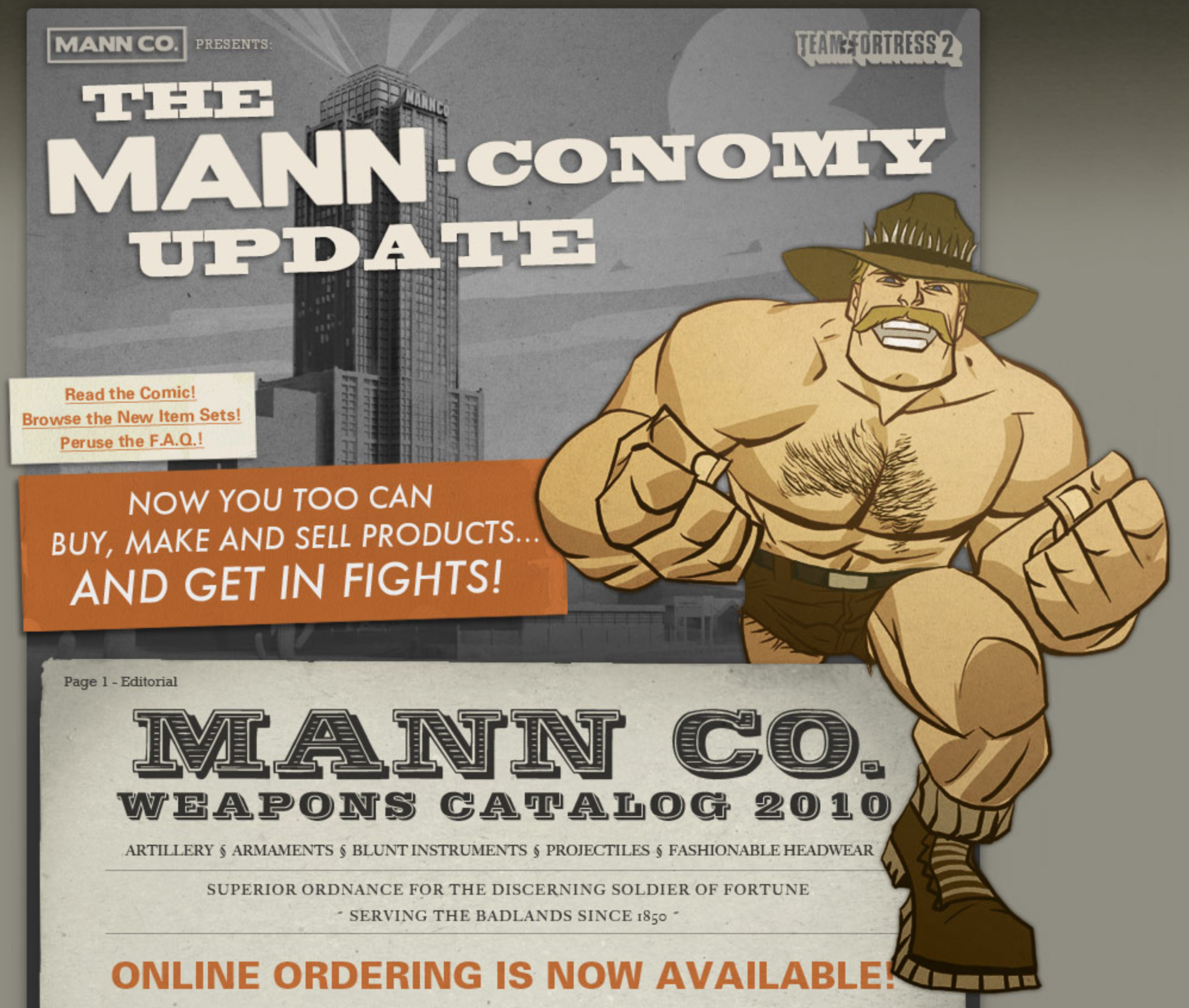 Plus you're learning every last thing you'd need to know about how the economy works.  God I was so terrified I wasn't learning enough, and no one told me it was all right in front of me.  Everything about the game's community was so great; so much content was added to the game from the community, the item trading economy was insanity, the wiki had everything, the community built automated competitive lobbies years before Valve did, and all of the updates had such a welcoming and self-aware spirit.  I didn't realize it at the time, but being obsessed with a game, reading about it being developed, and seeing the community grow was the most important business school lesson I could have received.

Built from the heart

TF2 came to prominence around the time of the 2008 election.  The economy was in the shitter, and people were realizing the world was changing fast; the United States had elected its first black president. 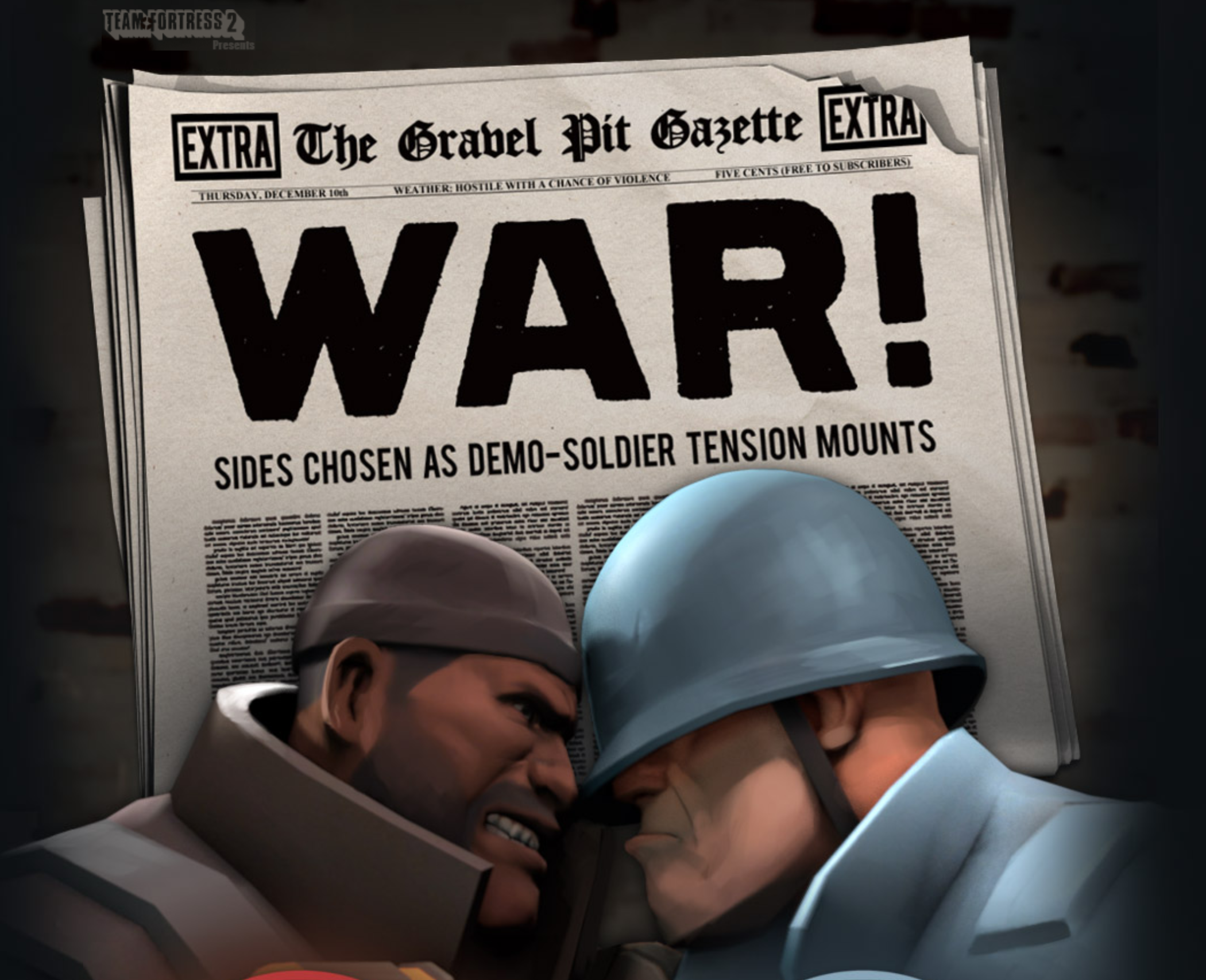 Valve had a unique role in bridging the tone of the real world with its community of players.  Valve wasn't afraid to put serious issues in front of their audience with TF2, Portal, Half Life, and more.  Team Fortress 2 fell back on wit; it always urged yes, the world is scary, but look how much progress and freedom there can be!

Things I learned just by indulging in TF2's wild western-chic aesthetic prepared me for life in surprising ways.  In hindsight, each update was meant to teach us something about the world as it built on a magical and mysterious backstory.  The humor and wit saved me in such a dear way.  Team Fortress 2 has a special place in my heart, and the friendships and antics we got into on Steam are full of fond memories.

The bottom line with Team Fortress 2?  The only thing that matters is the hat you wear and how you wear it.  At the end of the day, if you're getting the hat drops, keeping up with the updates, making the trades, and you've got your eyes on the prize, everything is candyland.