Anachronism is any instance where something bears qualities that are characteristic of a different time.  These may be attributes or features that were once included out of necessity or familiarity, but are now included stylistically, like skeuomorphic design or false facades.  In other cases, an anachronism attempts to leap into the future, envisioning what something might be like decades or centuries from now!

Modernism is, on some level, a type of anachronism.  When an artist takes an existing thing and "makes it modern", they enter into a process of self-reference and recapitulation of the ordinary design of the thing.  Modern art often reinterprets the character of a thing in a way that emphasizes interesting qualities and the underlying form and function.  What comes out of it is both familiar and new at the same time; if anything, "more than current".

I think there is an important function in modernism that helps with the churn of ideology; out with the old, and in with the new.  Sometimes, modernism borders on absurdity, especially when a modern interpretation of something is unrecognizable, or if a product is significantly more expensive than the original.  Sometimes this tide of change comes like a torrential current, reshaping reality as we know it; but for the most part, modernism allows us to reinterpret things in ways that help us pick out vestigial attributes to keep around, carefully considering what we find important, and helping to separate the wheat from the chaff.  The modernist narrative of the iPhone was "we don't need buttons because each screen can have exactly the ones it needs!", and as it turned out, that theory was incredibly correct, having been borrowed by most electronics these days.

In some instances, we even see anachronism in politics and ideology!  Donald Trump repurposed Reagan's "Make America Great Again", and in a sense it's like he represents anachronistic baby-boomerism.  Remember, baby boomers grew up during a time of dramatic social and geopolitical circumstances much like we have now!  Trump as president is somehow incredibly conservative and incredibly modern at the same time, a reflection and recoil of unprecedented social change and progress in the world.  Think about that one! 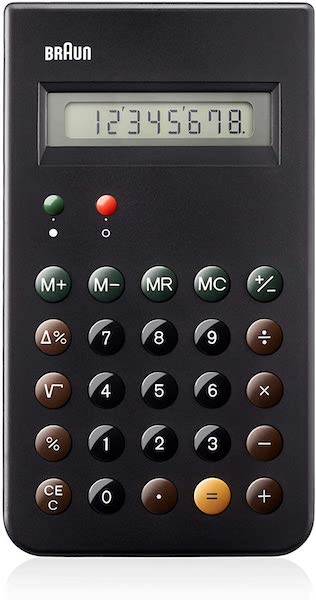 The most clarity in modern art is when it is so timeless that it almost steps out of time, putting forward an ideology of form and function before embellishment; Dieter Rams-influenced design is a great example.  I wonder whether these design languages really are so timeless that we will continue to see them in centuries and millenia to come.  I'm imagining log cabins and skeumorphic touch-screen controls on Mars!  👨‍🚀